PAVE (Professional Automotive Virtual Education) Training is set for January 8 -10, 2021. Join us as we meet the many people that helped create this unified aftermarket training event. Let’s talk about it on this CarmCast. The Power of Joining Together.

Co-hosted by ‘G’ Truglia from TST 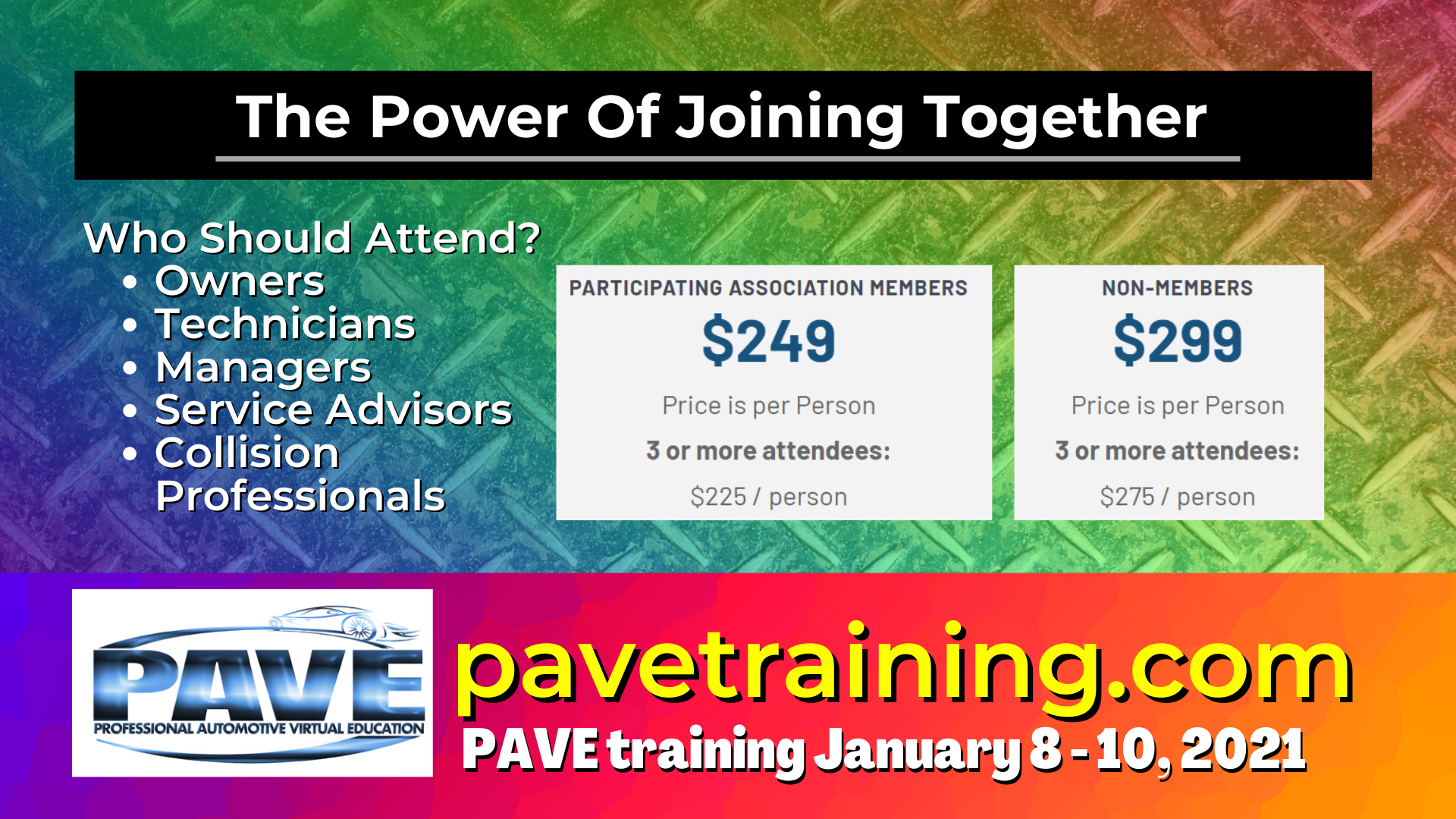